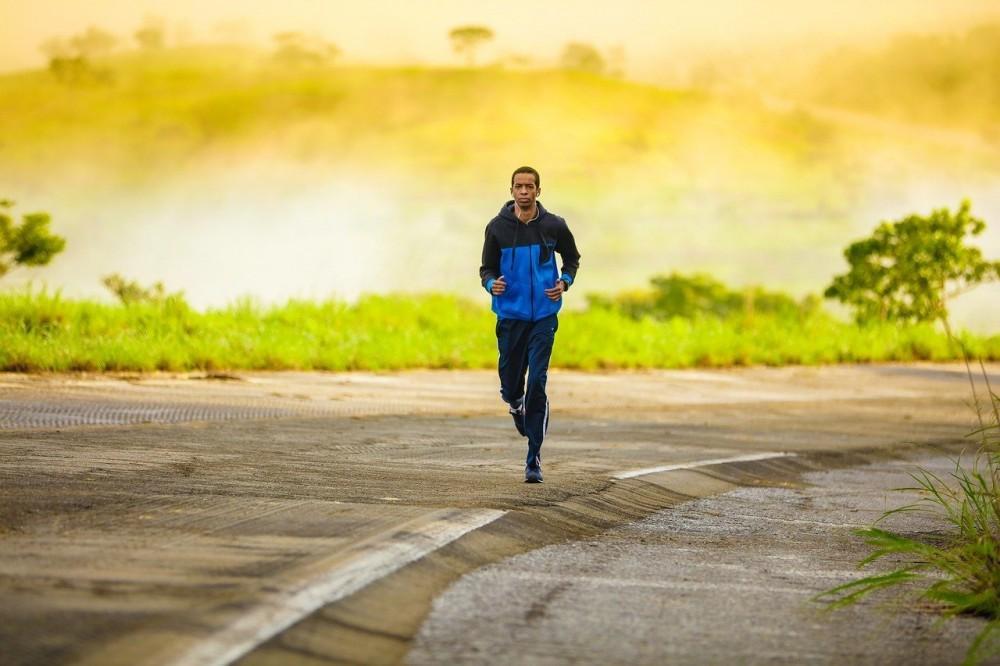 So we all know the benefits of exercise, which includes keeping the heart, brain, and metabolic health in tune and optimized, but there’s also benefit now that we see from the gastrointestinal tract or the gut, in terms of gut disease such as irritable bowel syndrome and inflammatory bowel disease, and also a benefit that we’ve seen now for the microbiome, and I’ll show you these things in the next few minutes,. The microbiome of course is the collection of the bacteria, fungi, and viruses that live in the gut and tribute to overall gut health.

So let’s talk about exercise, exercise, of course, is beneficial for cardiovascular health, it also benefits. gut transit time. bowel movements are more efficient, and the motility and vagus nerve is all functional. And also, there’s an association with decreased risk of colon cancer, largely because  the decrease in the intestinal contents that are in contact with the gut lining has a major benefit with exercise. Also, an increase in the production of beneficial molecules and fats, which include short chain fatty acids and butyrate which we’ll talk about. And there’s also a decrease in gut inflammation and overall inflammation in the body during exercise, blood flow gets directed away from the gastrointestinal tract, and goes to the lungs of heart and muscles, and this drop in blood flow signals, the nervous system in the biggest nerve and other nerves and causes a key anti inflammatory pathway to occur. And that’s how this mechanism works with inflammation. Also exercise lowers the activity of inflammation derived immune cells that are generating more cost cytokines and these are things that frequent exercise you seem to have stronger depth barriers, and it minimizes the leakage that can occur from inflammation causing toxins in the intestine. It also has been associated with lowering the risk of developing Crohn’s disease.

There were results of a large 2013 study of more than 190,000 nurses that showed that physical activity, in this case the coolant of walking at least nine hours per week, decreases the chance of people that were diagnosed later with inflammatory bowel disease. Exercise also seems to prevent gallbladder disease and diverticular disease, and exercise might improve gastroparesis as well. But you have to be careful about overdoing exercise because overdoing a good thing can cause problems, for example, increased lifting weights can increase the pressure inside the abdomen and can induce acid reflux and sometimes vigorous exercisers can develop heartburn. Endurance athletes can also suffer side effects such as speeding up the bowels so that long distance runners experience something called ” runners runs “, which necessitates a quick run to the nearest toilet, and people that normally have diarrhea may not want to be participating in strenuous exercise. Let’s talk a little bit about irritable bowel syndrome and inflammatory bowel disease. So about thirty-five million people in the US suffer from irritable bowel syndrome (IBS) and one point six million suffer from inflammatory bowel disease (IBD). The symptoms can include abdominal pain, vague GI symptoms of discomfort, fatigue, lowered affect and  mood. Exercise, would seem to be the last thing that people would like or want to do. But you can see in the next few slides, there’s moderate exercise that can actually help, of course, not necessarily when they’re acutely inflamed. So there was a randomized controlled trial that was published in 2011 that showed patients with IBS that worked with a personal trainer, and with regular exercise routines,  were able to improve their symptoms, and the benefits seem to be long lasting. They were followed up for about five years and they were found that those that maintain their exercises continue to feel better. So exercise, we know reduces constipation. It can help pass gas and improve with bloating as well. There’s also an effect on mood, it can relieve anxiety and depression, which can be found more common in people with irritable bowel syndrome and inflammatory bowel disease, so all these things can improve their symptoms and how they feel. The research on exercise it and find toy balances found that the physical activity was linked to improvements inflammatory bowel disease patients with their mental health, gastrointestinal symptoms fatigue and overall health and quality of life, people with Crohn’s disease, who were frequent exercises were found to have less GI symptoms after six months, and another study that showed that even low activity appears to be beneficial, people with crowns, they found that people with Crohn’s disease or walked 30 minutes three times a week for three months, improve their quality of life and had no issues with their symptoms, weight bearing exercises especially those that boost bone mineral density can also benefit people taking inflammatory bowel disease medications which often lead to risks of osteo process. So people that exercise actually tend to eat better as well and their diet also influences the microbiome. And so sometimes these studies are difficult to sort out because exercise can induce people to eat better because they have to in order to maintain exercise and eat certain amounts of protein and other nutrients, and that will shift the microbiome. Now the importance of why the microbiome plays a major role here is that we found that the more diverse the microbiome, which we see in people that exercise, the better they are in overall health, so that the microbiome which is again tthe collection of bacteria, fungi and viruses that live in the gut and contribute to good gut health.

They are beneficial in a number of ways because of the fact that studies have shown that the lack of diversity and lack of certain microbes can lead to obesity, depression, and other illnesses. So there’s still ongoing studies but we can see that the better beneficial bacteria which we talked about in other webinars, and the diversity is a major importance in maintaining overall health. So physical activity has been linked to the production of butyrate, which is a short chain fatty acids, that’s made by the microbes in the gut, and the higher levels of butyrate are often tied to reduce inflammation improve glucose metabolism and better gut barrier function, decreased depression and other benefits as well. In a study of sedentary adults, the six weeks of exercise increase the types of gut bacteria that produce short chain fatty acids. So, again, as I mentioned, it’s hard to dissociate or distinguish between those who are eating better because they exercise and over exercising and develop the diversity of the microbes, but there are studies that do show that there are benefits, just from the exercise itself. So we know that women who participate in these three hours of physical activity per week, had a higher share of beneficial microbes, compared to women who were performing less than half that amount of exercise more recent fowl studies have shown that even with the control diet in the two groups these studies show that exercise indeed by itself. These mice can change the microbiome, the research showing that exercise does indeed change the microbiome on its own, and it increases butyrate production. So, we now know that people that have pre diabetes were found to have a certain type of microbial makeup. And this makeup influences how exercise affects the overall progression, or improvement of their disease or glucose metabolism. So they could have a lower risk for type two diabetes if they have the right microbes long with exercise. So, to better understand the microbiome, we need to continue to do more research but it looks like optimal exercise recommendations should be personalized for health conditions, and we’re having ongoing studies, and what’s clear is that the microbiome can play a key role, so that it’s not just exercise but it’s also exercise in conjunction with the microbiome. So here’s some conclusions that we could draw from some of the studies. Exercise does more than just maintaining heart, brain, and metabolic health, and that it’s also key to gut health. People with inflammatory bowel disease and irritable  bowel syndrome can benefit from even moderate exercise just walking 30 minutes three times a week, improved quality of life, and increasing the diversity of the microbiome by exercise, diet and probiotics can be a key part in preventing and mitigating chronic inflammatory disease. And this goes along with looking at the microbiome and a personalized approach, you can get a map of the microbiome and you can see where deficiencies or lack of diversity is present, and either supplement with diet, or probiotics to try to get that diversity back up to where it should be, also coupled  with exercise and the other things that we’ve discussed above, would be helpful in preventing and mitigating or treating, inflammatory bowel disease or irritable bowel syndrome or any kind of chronic inflammatory condition in the bowels. So let’s get you on a path to better health and wellness, so you can spend more quality time with your loved ones and be more active to increase your productivity in various endeavors. So for the AFH restoring your gut microbiome program, getting a map of your microbiome or AFH supplements, probiotics or other programs  please contact us at info@jeffreymarkmd.com, www.allfunctionalhealth.com, or call (925) 736-9828. So take care and stay healthy.