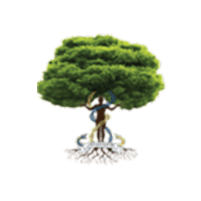 More than 16 million people in the United States are living with some form of cognitive impairment, according to the CDC. Jeffrey Mark, MD, at All Functional Health in New Eastside- Chicago, Illinois, as well as the Bay Area- San Ramon and Turlock, California, understands how cognitive decline affects your performance at work, school, and even at home with your family. At All Functional Health, Dr. Mark can determine the root of your cognitive decline and find the right treatment for you. Call the office or schedule an appointment online to learn more.

What is cognitive decline?

Most people struggle with cognitive decline later in life, but a cognitive impairment can happen at any age, which is why it’s important to watch out for the telltale signs.

What are the signs of cognitive decline?

The signs of cognitive decline or impairment can be subtle at first, but they tend to worsen over time. Some of the most common signs to look out for include:

Conditions that cause cognitive decline can feel especially isolating if you work full-time or are enrolled in school. Proper diagnosis early on can help minimize the effects of your condition, so you can lead a healthy, productive life.

Which conditions cause cognitive decline?

Several conditions can cause cognitive decline, but the most common and well-known are:

Alzheimer’s disease is a progressive condition that causes brain cells to degenerate and die. It often leads to dementia, which impacts your ability to think, retain memories, and function without support. While there is currently no cure for Alzheimer’s, taking the right medications at the first sign of the disease can help slow its progression.

Parkinson’s disease is a disorder of the nervous system that primarily affects movement. Some of the early signs of the disease include slurred speech, hand tremors, stiff muscles, loss of balance, slowed movement, and changes in the way you write.

Over time, your ability to perform automatic movements, such as smiling or blinking, may become impaired. There is no cure for Parkinson’s disease, but medication and early intervention can slow its progression.

A decline in memory, problem-solving abilities, communication skills, and more, characterize dementia. It is not a single disease, like Parkinson’s, but rather a collection of cognitive decline symptoms. Dementia is the result of dying brain cells, and an injury or disease, including Alzheimer’s, may be the cause.

How is cognitive decline treated?

The goal of functional medicine when treating cognitive decline is to determine the root cause of your symptoms.

Dr. Mark can help boost cognitive performance by recommending certain supplements, tailored to your unique needs, and stress management techniques. This can help increase your mental clarity and slow the progression of cognitive decline.

In addition, Dr. Mark can help design a diet that improves your cognitive performance. Depending on your unique health history and goals, a gluten-free, dairy-free diet can help boost your mood, reduce brain fog, and more.

Early detection of cognitive decline increases your chances of slowing the disease’s progression. To learn more, call All Functional Health or schedule a visit online today.

Who do you want to support you? How about a five-board certified doctor?

Words from our patients