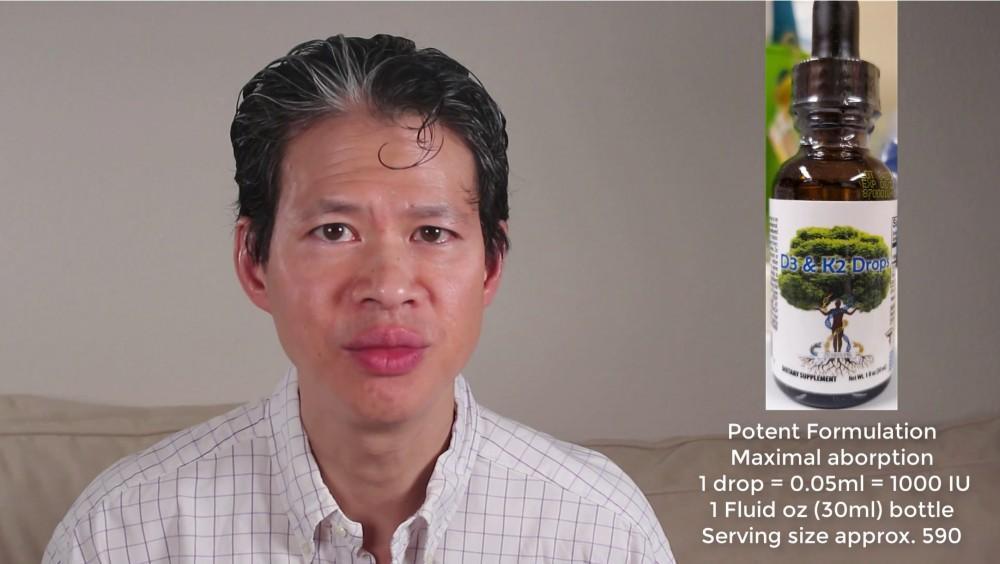 Hi it’s Dr. Jeffrey mark here. You know that my practice has consisted of anti-aging and regenerative medicine, and we have a lot of programs.  We also have people do supplements.  People have asked me, okay, so I’m doing the right diet, avoiding the foods that I shouldn’t be eating and exercising. I’m also getting enough sleep. You might ask, well, why do we need to do supplements?  We teach the five things that they should be doing, including getting enough sleep, exercising nutrition in terms of avoiding certain foods like,  gluten, lectin, and  nightshades for some, and then having a sense of community, balancing the hormones, and they’re asking well what else is there that we should be doing especially on the nutritional side of things. We are not able to get as much nutrition as we once had been in the past. That’s partially because of the soil the way we’re farming. The contents of the nutrients are a lot less than before. Looking at iron as representative nutrient, there were much higher amounts found in spinach before the 1940s as  compared to today.  Some of the things that are involved include using petroleum based products as nitrate fertilizers. That has caused other issues so we don’t rotate crops and we don’t allow our crops to lay fallow or to regenerate their nitrogen naturally by growing certain plants like alfalfa, that can regenerate some of the nutrients in the soil.

So the first supplement that I tell people, they should be on is that they should be on vitamin D. And we now know that many people are low as we now check vitamin D levels. But many of us have known before that everybody practically has been low in vitamin D. It is not just because of the lack of  sun exposure. Vitamin D is actually a hormone that’s used in many things, including as an antioxidant, used in immune functions as well.  With all the antioxidant stressors that we have a lot of us are low in vitamin D. In fact you need very very high vitamin D levels, especially if you have cancer or are fighting cancer or wish to prevent cancer, So even about 80% of Californians in Southern California have low vitamin D.  It’s not just about the sun, and most people think that their vitamin D level is fine at level 30, but you actually want it to be at a level of at least 80.. And that’s where some of the benefits of anti cancer risk occur; at levels of 80 to 100. There’s studies that show this reduction in the risk of cancer. So for me, I try to get my vitamin D levels as higher as between 80 to 100. And that means taking 5000 to 10,000 international units of vitamin D every day. Now there are extremely rare incident reports of vitamin D toxicity where I’ve never seen any personally, but  supposedly you can get some numbness or neurological symptoms and or tingling in the hands. One person that looked at all this was Dr Holick from Boston University who really is the major researcher for vitamin D abd found that there was toxicity in one of his cases and that he found a physician who by mistake had a compounded form of vitamin D. He was actually taking 1 million international units a day. Now that’s a lot of vitamin D. So every patient with autoimmune disease has very low vitamin D levels. The University of California San Diego has shown that almost all people with cancer, have a very low vitamin D level, and that vitamin D is very suppressive to cancer growth . It is also essential to actually to make stem cells that repopulate the lining of our gut. They grow and divide and without vitamin D. Those stem cells just sit there they don’t really divide they don’t really do as  much without adquate levels.  So there’s a problem if they can’t repair the lining which is shed every three days. If that lining  is not repaired, then every three days you’re going to have these leaks or these openings, and that’s where you get intestinal permeability or leaky gut. I think that almost all these people that have autoimmune disease, have a leaky gut. And that’s why, vitamin D is very important in part of the repair process and the preventative process for this to occur. Vitamin D incidentally has also been extensively studied in inflammatory bowel disease, and it has been shown to date that these people  benefit from a higher level vitamin D as well. The University of California, San Diego has studies that show that the average American should take about 9600 international units a day of vitamin D, and based on that I would say that the minimum that I tell people to take is usually 5000 International units a day, but of course I also measure every three months to make sure that we don’t overshoot. Although, like I mentioned, it’s very hard to get vitamin D toxicity and if that one physician in six months was taking 1 million international units a day, you can see how much room you have to go before getting toxic. So people with autoimmune disease I usually start higher at 10,000 international units a day. That’s because I know that that’s going to really help build up that storage of vitamin D to help their immune system to repair their intestinal lining to stimulate those gut stem cells. If their disease is pretty severe that may mean even higher amounts of vitamin D to start with even 40 to 50,000 units a day to get them back up. And then of course we would check in three months and  start to back off or just kind of see how they do based on the measured level.  But I mentioned as well that I do follow people pretty closely with labs every three months. The other thing to consider is the calcium level, which also should be checked as well when you’re taking very high doses of vitamin D. I typically, add vitamin K2 as well. And that’s because over age 40, the calcium that gets absorbed can be distributed everywhere as  vitamin D facilitates the absorption of calcium. The absorbed calcium may or may not go to the right places. You want your calcium to go into your bones in your teeth, you don’t want the calcium to accumulate in your kidneys.

We’re getting new information every week on SARS COV 2 or COVID-19.  We’ve had lots of studies that have shown the benefits of vitamin D and viral infections or people with COVID-19. Here’s another one that is perhaps even more compelling than some of the others.  They were looking at SARS COV-2 and vitamin D. So the title of the study is SARS COV -2 positivity rates associated with circulating 25 hydroxy vitamin D levels, by the lead author, Harvey W. Kaufman. The abstract summary is as follows: This study used a retrospective, observational analysis of de identified tests performed at a national clinical laboratory to determine if circulating 25-hydroxyvitamin D (25(OH)D) levels are associated with severe acute respiratory disease coronavirus 2 (SARS-CoV-2) positivity rates. Over 190,000 patients from all 50 states with SARS-CoV-2 results performed mid-March through mid-June, 2020 and matching 25(OH)D results from the preceding 12 months were included. The association between lower SARS-CoV-2 positivity rates and higher circulating 25(OH)D levels remained significant in a multivariable logistic model adjusting for all included demographic factors. SARS-CoV-2 positivity is strongly and inversely associated with circulating 25(OH)D levels, a relationship that persists across latitudes, races/ethnicities, both sexes, and age ranges. So, inverse proportion means that the higher infectivity levels of SARS COv-2 was associated with lower or the lowest levels of vitamin D levels, and the converse was true obviously meaning that the higher vitamin D levels were are associated with lower SARS
Cov-2  positivity rates.  Their conclusion was :  Our findings provide impetus to explore the role of vitamin D supplementation in reducing the risk for SARS-CoV-2 infection and COVID-19 disease.

So in the vein of supplementations, health, and longevity, we can see that this recent study with vitamin D shows additional benefits of vitamin D from discussions that we’ve had before.

We’ll continue our discussion with supplements next week.  If you want to learn about how functional medicine can help you with gut health,  brain health, or immune health, you can contact us at info@jeffreymarkmd.com or  call (925) 736-9828.

For comments, questions or if you wish to learn more about AFH  supplements. You can call us at (925) 736-9828 or email us at info@jeffreymarkmd.com. To purchase D3 & K2 Drops click here. Take care and stay healthy.