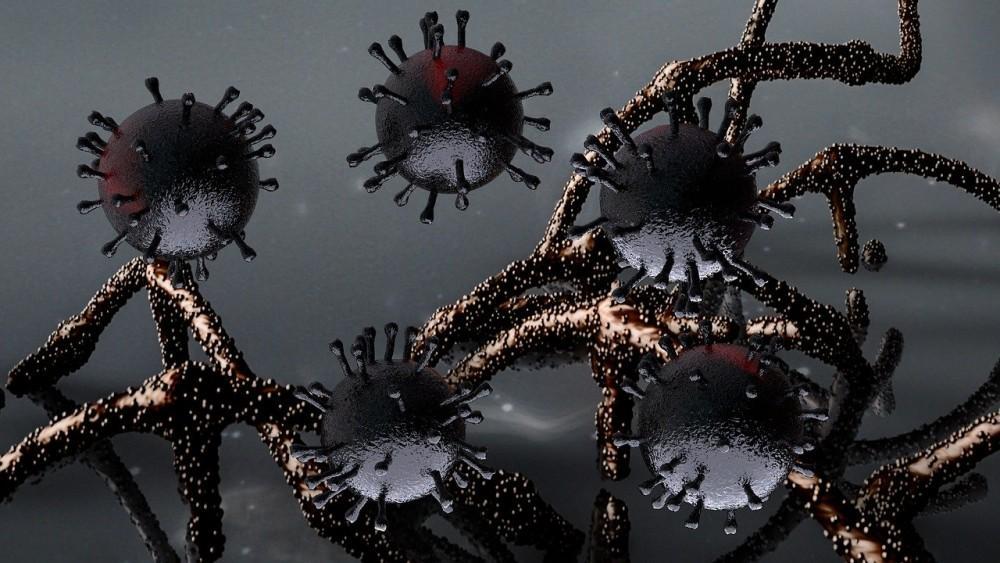 Hi, its Dr. Jeffrey Mark. I’d like to talk to today about Astra Zeneca Oxford COVID-19 vaccine.  Daily cases  of SARS COV 2 infection have been increasing. Daily new deaths are increasing as well.  For our discussion today, we will compare the Astra Zeneca Oxford to the Pfizer BioNtech and Moderna vaccine. Now, as you will recall, the Pfizer-BioNTech vaccine and the Moderna vaccine are completely new approaches to vaccinations in the sense that messenger RNA is injected into your cells to tell the cells to produce the antigen,  in this case the spike protein on the SARS Cov 2 virus, and that is what generates the immune response.  So rather than giving a weakend SARS Cov2 virus or the actual spike protein like a traditional vaccine, genetic instructions are given to the cell to make the spike protein which causes the immune response.  This is actually similar to the way the Astra-Zeneca Oxford vaccine works except instead of a messenger RNA, DNA is actually used. Let me draw a picture for you here. Imagine we have a cell. We have a nucleus in the cell. The Pfizer BioNtech and Moderna vaccines introduce a messenger RNA into the cell cytoplasm, outside the nucleus, and then the messenger RNA is translated by a ribosome, which is like a factory hammering out a product according to a blue print but in this case a protein is made. The cytoplasm is the area in the cell that is outside the nucleus  where proteins are made and is the “business” area of the cell. The nucleus houses the DNA and is the repository for all the instruction codes to make the proteins, much like a microfiched library.  The The Pfizer BioNtech and Moderna messenger RNA was introduced into the cell by a lipid bilayer called a micelle. The bilayer dissolves into the cells lipid layered cell wall and the fragments of messenger RNA go on through brought into the cytosol.  The cell then recognizes the messenger RNA as an instruction code or blueprint and a ribosome or factory starts to read, process, and make the spike protein.

The genetic material as we mentioned for the Astra Zebeca Oxford vaccine is a double stranded DNA> Within this set of genetic instructions is a segment that instructs the cell to make the components to replicate the adenovirus.  This portion of course is deleted by genetic engineering so that the virus cannot replicate itself or cause infection to other human cells.  A different set of genetic instructions is inserted, for example instructions for making the SARS COV2 spike protein. The adenovirus infects the cell, gets the DNA into the cytoplasm of the cell. The body recognizes the DNA material and places it in the nucleas where all the other encoded DNA are stored and maintained. The Astra Zeneca researchers and investigators state that there is no incorporation of the genetically engineered piece of DNA into the rest of the body’s genome or DNA library. However, we know from studies on viruses including adenoviruses, that some DNA incorporation may occur. They explain the DNA is transcribed to messenger RNA  in the nucleus, exists the nucleus, then binds to a ribosome so that the genetic code written in the messenger RNA is followed. The steps in the cytosol with the binding of the ribosome that follows the goes pretty much along the same route that happens in the Pfizer BioNtech and Moderna.  The ribosome transcribes the instruction set to make the spike protein. This spike protein then results in the immune response to make the antibodies, activate the T cells, B cells, etc.

The data that I’m about to review with you now about the Astra Zeneca Oxford vaccine was released by the involved parties and has not been independently peer reviewed or analyzed.  Firstly, the vaccine is based on a DNA virus. There are 2 areas of research in Brazil and UK where most of the data were collected from. There were 9,000 people in the Brazil trial and 3,000 in the UK trial. Trials were also done in the U.S.  Like the other 2 vaccines we talked about this vaccine also requires 2 injections about 1 month apart.  In the UK there was a mistake in that first injection was only a ½ dose first and then a full dose was given at the second dose. In the Brazil trial they followed the protocol properly and gave a full dose of the vaccine with the first injection and then a full dose 28 days later for the  2nd injection.  One of the differences in this study versus the other 2 studies for the messenger RNA vaccines is that the messenger RNA studies waited for COVID -19 symptoms to develop before looking at the midpoint o r end point to see whether the vaccine was successful. Here in this Astra Zeneca trial things were done differently.  In this study the subjects were doing regularly scheduled swabbing to heck for active infections.  From this you can draw different conclusions from the Pfizer BioNtech or Moderna trials. In those trials it was demonstrated that symptoms or severity of COVID -19 could be prevented or suppressed. So disease prevention, reduction in severity or need for hospitalization can be seen from the study data.  The data from these 2 messenger RNA studies does not tell anything about wheter there is a prevention or reduction in infections or transmission of SARS COV 2 or COVID 19.  Transmission of course results in spread of the virus.  While in this Astra Zeneca Study Oxford study subjects were actively checked for infection by routine nasal swabs.  From the data it can be seen whether or not transmission or spread of the virus was occurring   additional data for the prevention or spread of infection can be also be seen.  Some interesting things about the study included the fact that the Brazil data showed an efficacy of 62% in preventing COVID-19 or infection with 2 full doses of the vaccine given 28 days apart.  62% may seem low compared to the other vaccine efficacy ratings but it is actually a reasonable number and certainly still meets emergency use authorization for the US and UK criteria of a vaccine over 50% effective.  The UK data, with the accidental ½ dose on the first injection surprisingly showed an efficacy of 90% in avoiding  COVID 19 symptoms or infection.

The trial in the U/S was paused because 2 subjects in the UK and 1 subject in Brazil had serious unexplained events that occurred during the study.  It was later determined that these events did not appear to be from the vaccine after an internal investigation. They have since restarted the U.S portion of the study but now they can add an arm in the study to exam if the effects of getting an initial dose at ½ the protocol dose like what was given in the UK would results in an efficacy closer to 90% rather than the 62% seen in the Brazil study with the original protocol of 2 full doses 28 days apart.

The other difference in this study as opposed to the other messenger RNA studies was that instead of giving saline in the placebo groups, this Astra Zeneca Oxford study tried to simulate mild vaccination reactions in this group by giving a meningitis vaccine for the first dose. Saline doesn’t cause irritation or pain  at the injection site which usually occurs with getting actual vaccinations.  This would give a more realistic placebo effect because obviously both groups got a vaccine with similar site irritations and possible pain on injection which made it really hard for both subjects and those injecting the vaccine to know if they got the messenger RNA SARS Cov 2 spike protein vaccine being studied or the mengitis vaccine used as a placebo.

Also, Astra-Zeneca has stated that they do not intend to make any profit during the pandemic on this vaccine. The costs that we discussed with the other vaccines is around $20. For the Astra Zeneca Oxford vaccine will be sold for three to five dollars. The vaccine is projected to be manufactured in the three billion doseage range. This could be interesting because the first dose could be only a ½ dose to get the 90 percent efficacy. Therefore the 3 billion doses could be stretched to 4.5 billion doses if you only needed  a ½ dose on the first dose instead of a full dose.

There were no serious side effects reported as well. There also were no severe COVID -19 cases in those patient’s that got the vaccine.

So to review, the Astra Zeneca Oxford vaccine is similar to the Pfizer-BioNTech and Moderna vaccine in that all three require 2 vaccinations approximately 1 month apart. All three involve getting genetically encoded information into the cell for the cell to make the spike protein from which illicits an immune response from the rest of the body.  The Astra Zeneca Oxford vaccine is different in that it is a DNA virus. It also differs from the others in that it can be stored in a regular refrigerator at 36 to 40 degrees Fahrenheit. It may be more affordable than the others at $3-5 versus about $20 and the fact that expensive specialized super cold refrigerators are not needed.  So while all these facts sound good, the actual data still needs to be released, peer reviewed, and scientific articles published.  We’ll probably have a lot more to talk about as we get more information and as the FDA continues its review process for emergency use authorization for these vaccines.